It was time to re-pot this much neglected Yew. I gave it a bit of a styling in January but it was still in its original garden centre container and soil after 6-7 years.

I have thought quite a bit about the best front for the tree. This isn’t it 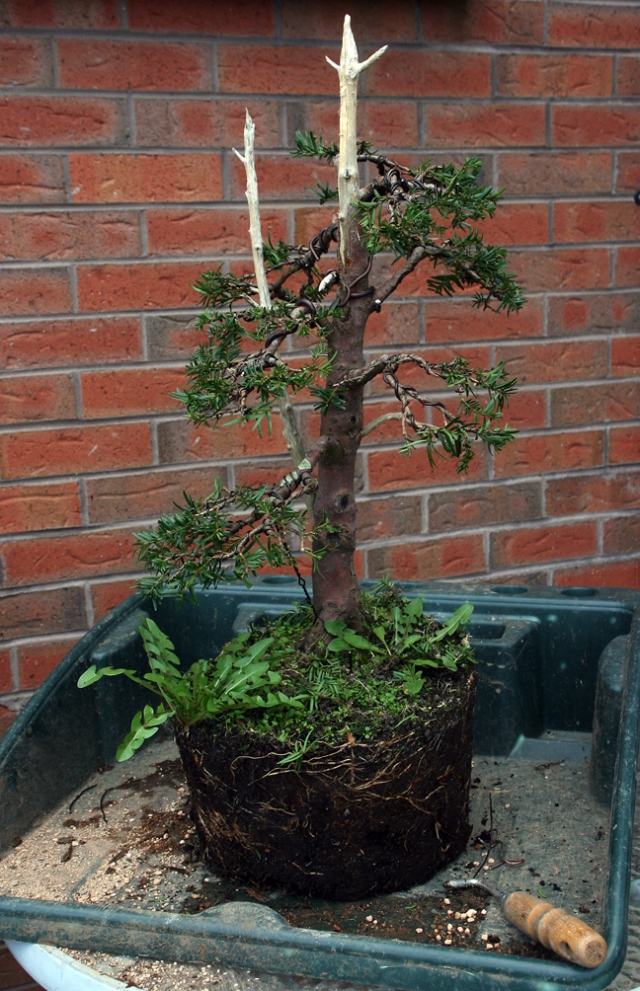 The roots were quite healthy. The original black sandy compost was quite heavy

I bare rooted completely to give a new root system the best possible chance to develop.

This is the tree re-potted into a fairly large training pot. I have opted for this front although nothing is final about it. In this pic the bottom branch looks much too straight. In reality it’s not as bad as this although when the branch is set in position and the guy wire eventually removed I will attempt some wiring to give the branch some movement. The tree has a lot to do but with a little attention this year the foliage pads will fill out and I may be able to make something of it.

This site uses Akismet to reduce spam. Learn how your comment data is processed.