This is a Yew which has been about the place for quite a few years now. I bought it as garden centre stock and I am ashamed to say it is still in the same pot and soil that I bought it in those 8-10 years ago. In spite of all that it is still relatively healthy. 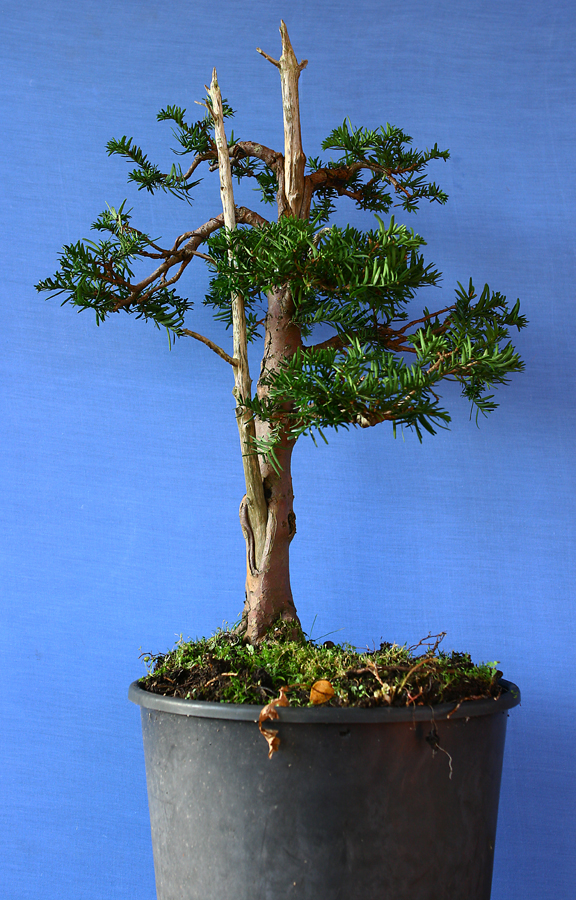 I gave the tree a basic styling  to the best of my ability at the outset and apart from giving it an odd quick trim and overworking a couple of branches until they died the tree has been more or less untouched for years.

There is a front in there somewhere. 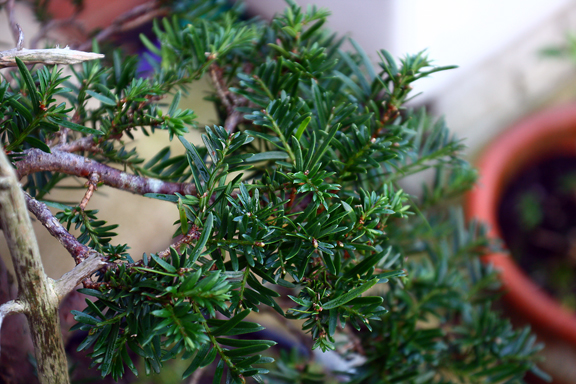 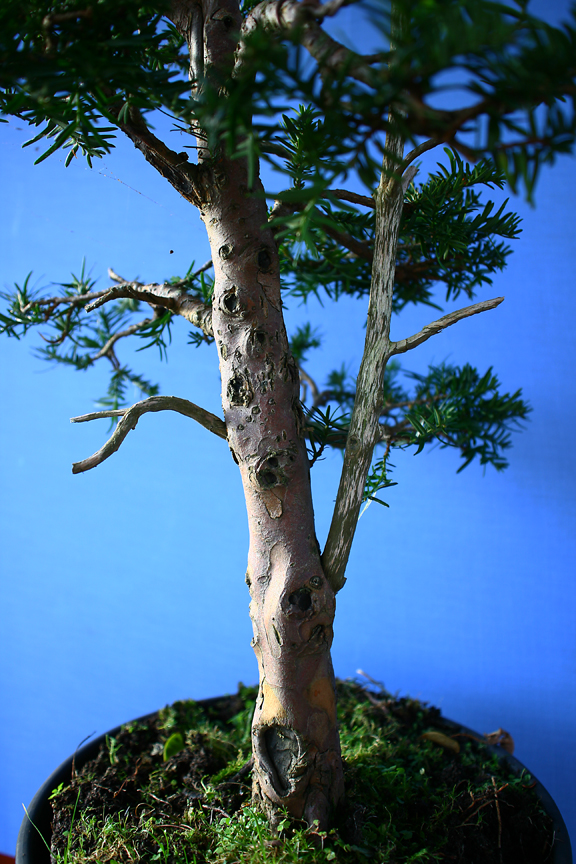 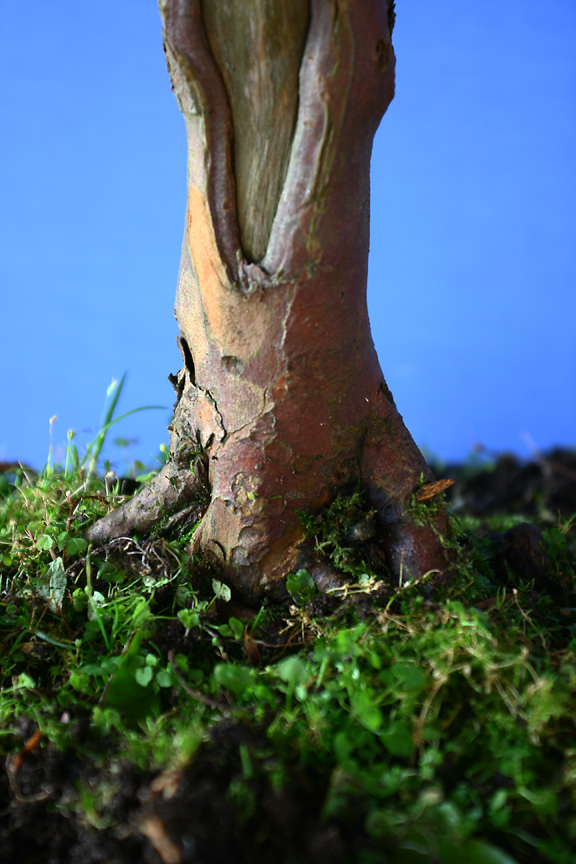 Shot of the Nebari. I think there’s more that can be uncovered

View of the top shari

While the tree as it sits is pretty rough I think it has most of the basic elements to make it a reasonable tree further down the line. A good cleaning, a  pot, some trimming, wiring and branch placement will make a difference.

One of the problems I face is that I just don’t know the basic growing characteristics of the trees in my little collection. Although looking at visual images of other trees on the net etc is very interesting it is no substitute for hands on experience . This makes styling that bit more difficult. That’s what makes club membership very important and helpful and so without grovelling I can honestly say that I appreciate being a member of NIBS.

March 2012 . It was time to re-pot this much neglected Yew. I gave it a bit of a styling in January but it was still in its original garden centre container and soil after 6-7 years.Iit 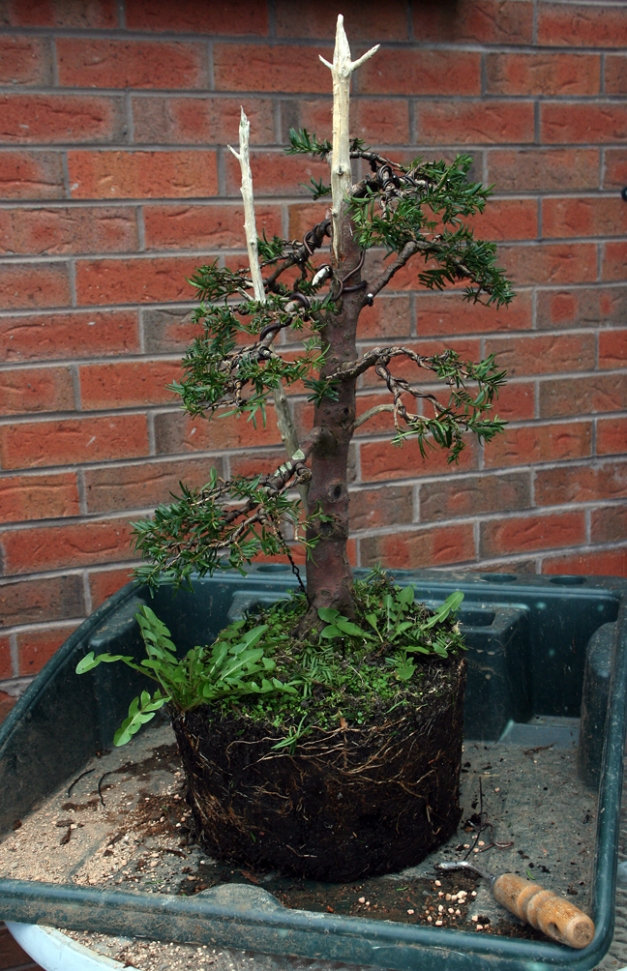 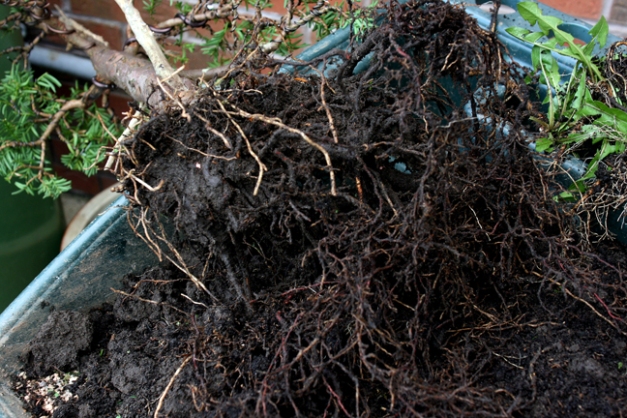 The roots were quite healthy. The original black sandy compost was quite heavy 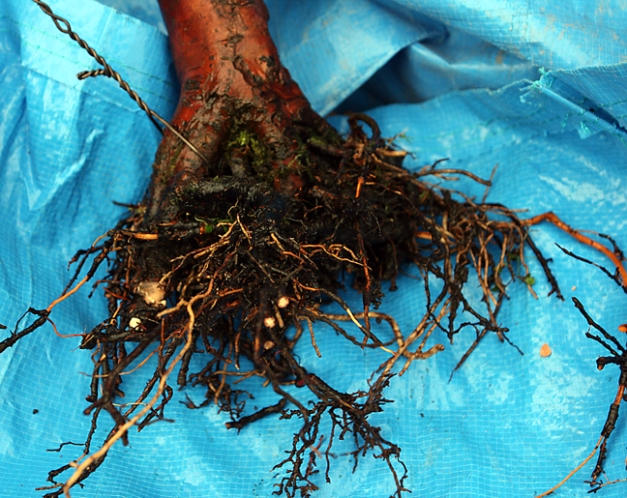 I bare rooted completely to give a new root system the best possible chance to develop. 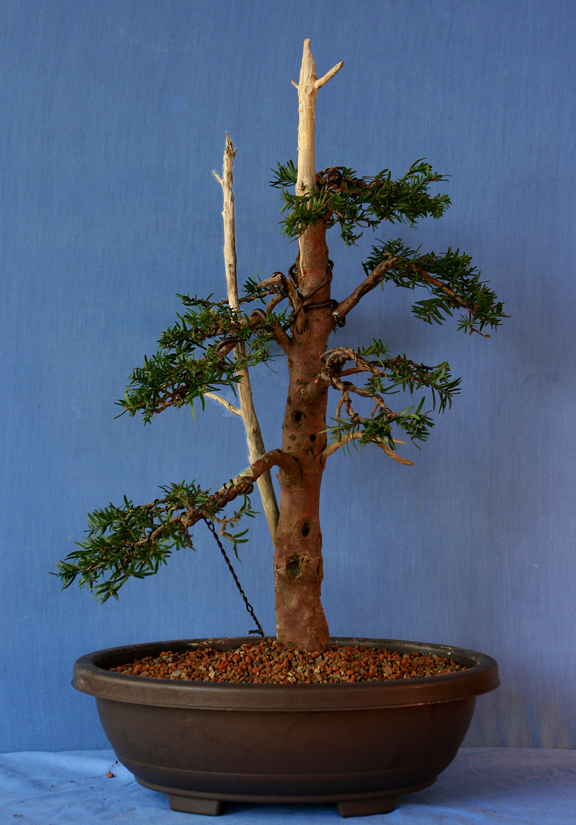 This is the tree re-potted into a fairly large training pot. I have opted for this front although nothing is final about it. In this pic the bottom branch looks much too straight. In reality it’s not as bad as this although when the branch is set in position and the guy wire eventually removed I will attempt some wiring to give the branch some movement. The tree has a lot to do but with a little attention this year the foliage pads will fill out and I may be able to make something of it.